How better to challenge complex social dynamics than through art?

Throughout 2018, Tangled Art + Disability hosted the “Flourishing” series featuring the work of seven artists who had juggled suffering and flourishing in their own lives. These artists gave concrete form to their reflections on Human Flourishing: paintings, photos, sculptures, videos, and live performances. This work confronted stereotypes and the devaluation of disability, and/or mental illness, and/or forms intersectional marginalization.

“Ideas about the meaning and value of our lives are drawn from a deep well of collective imagination. If that well is tainted by ableism, its waters will constrict our ability to imagine flourishing when we experience frailty or suffering. Popular culture bombards us with stories of death as deliverance from a “spoiled life”. Resisting that barren landscape, this project looks to artists from the Tangled community to re-imagine flourishing and disability together, in expansive and inclusive motifs.” 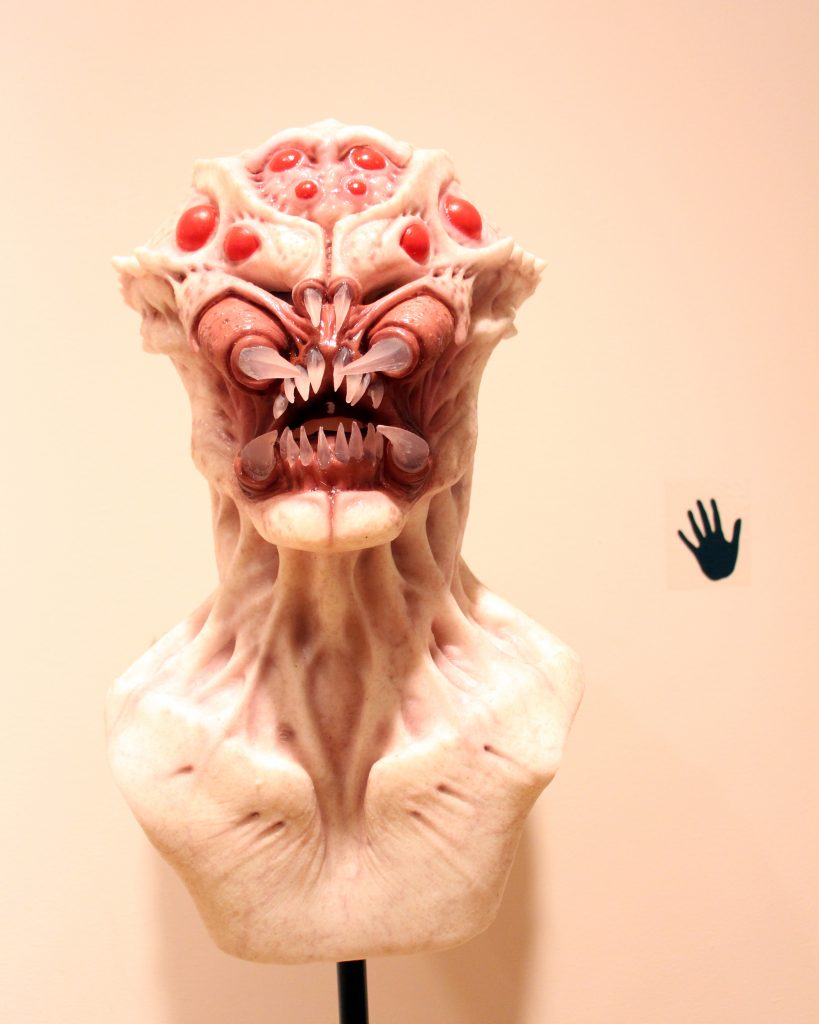 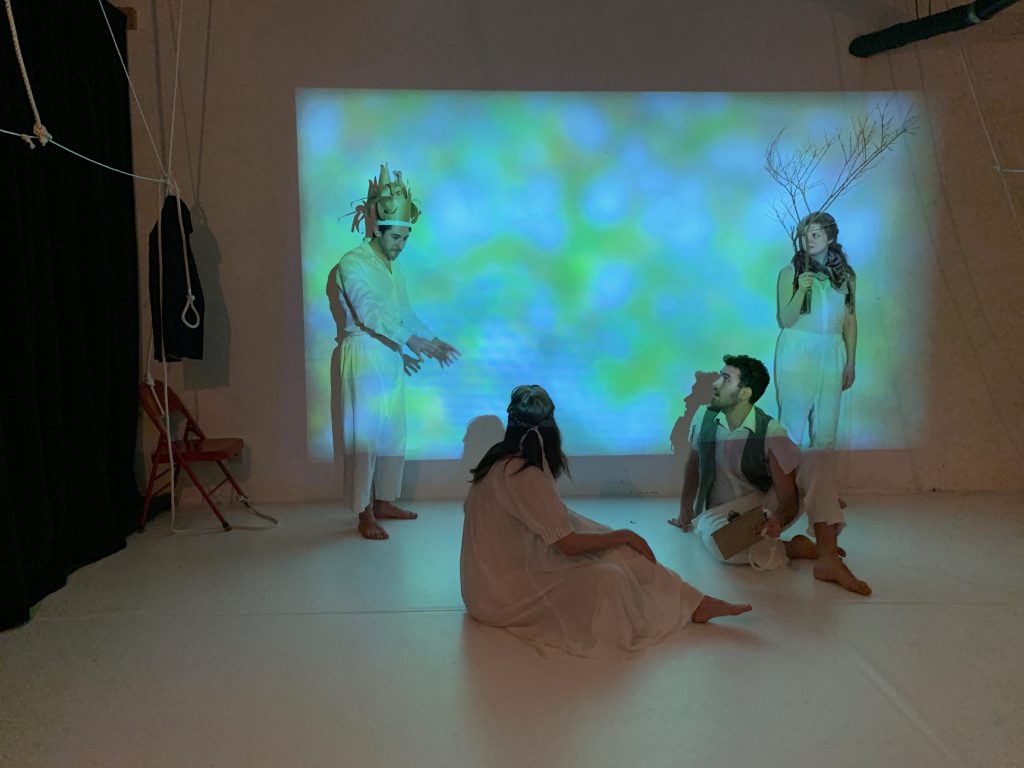 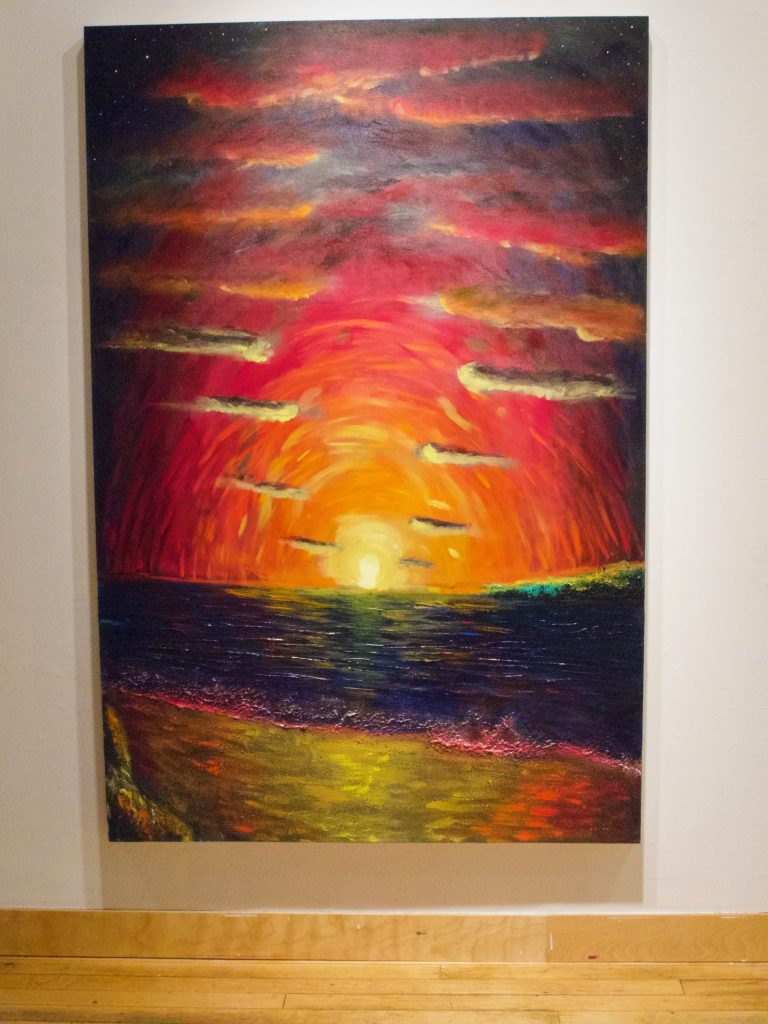 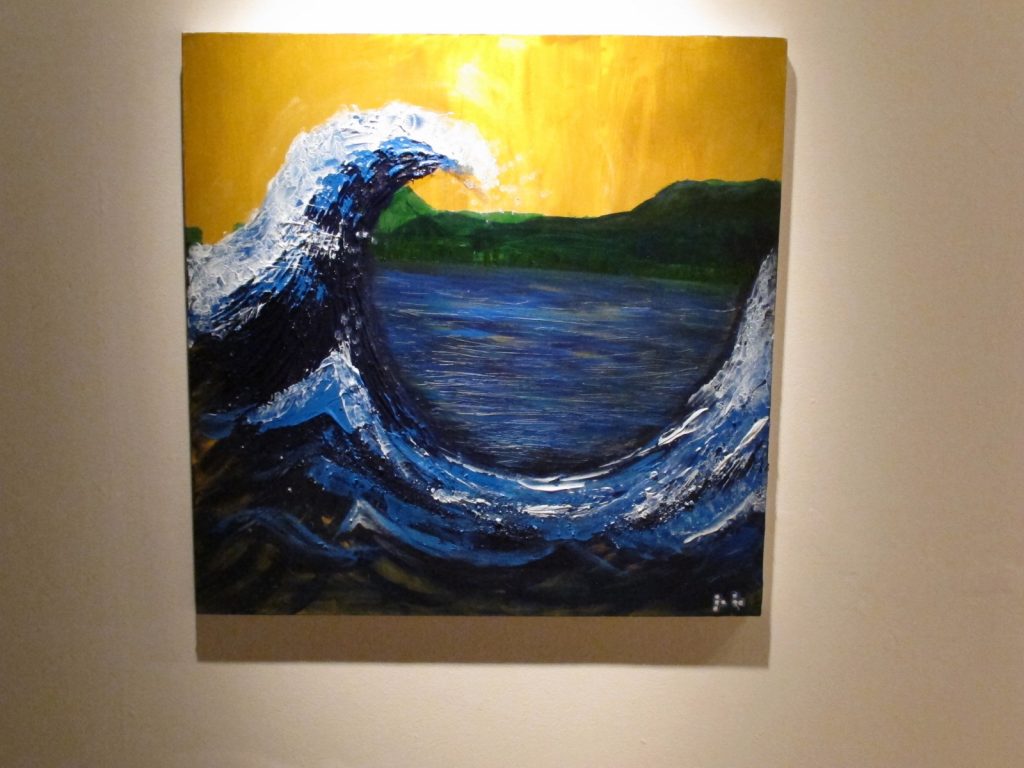 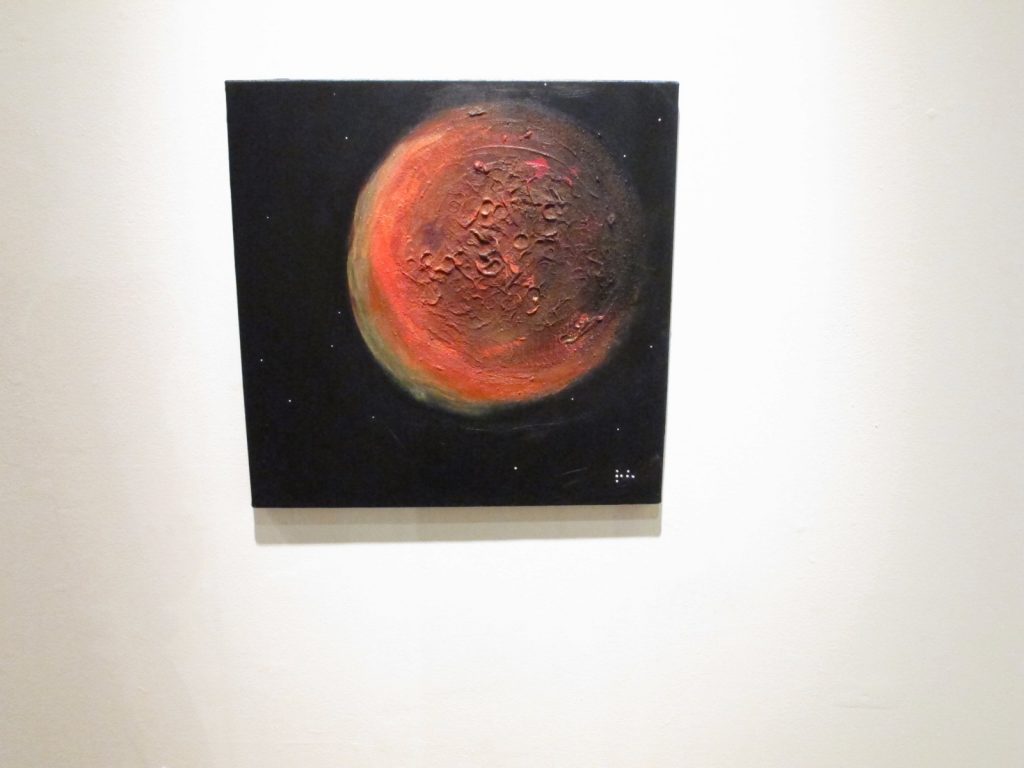 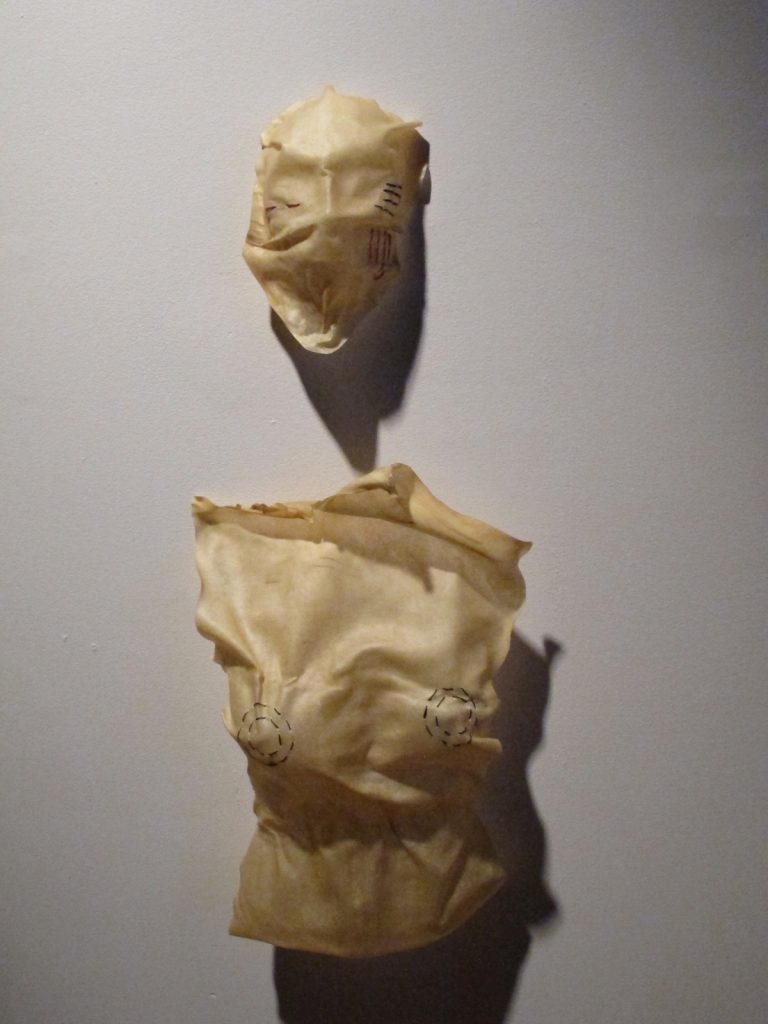 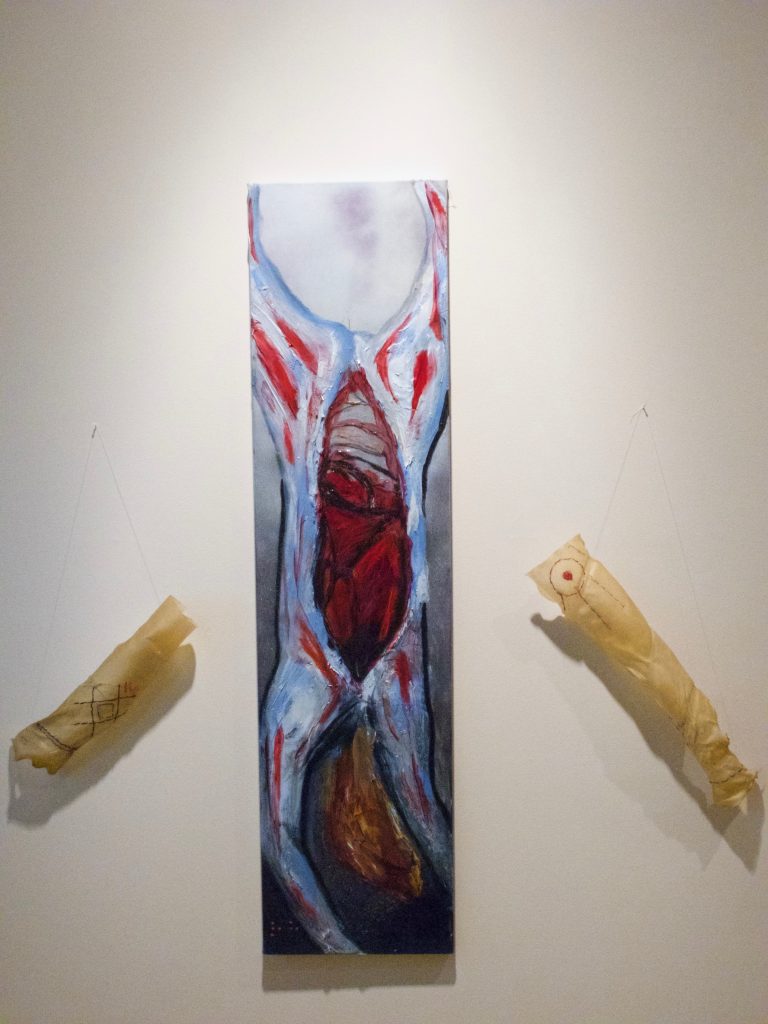 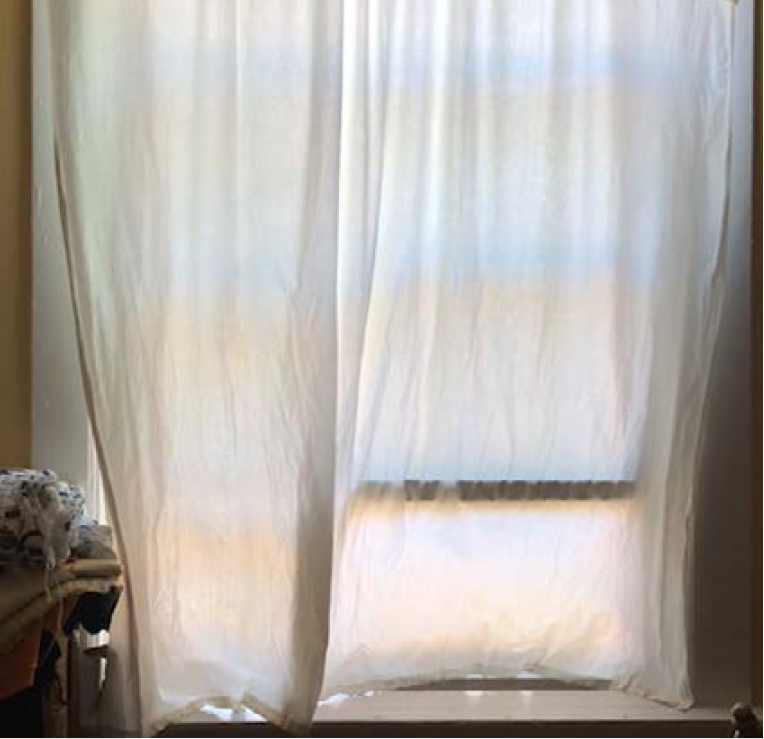 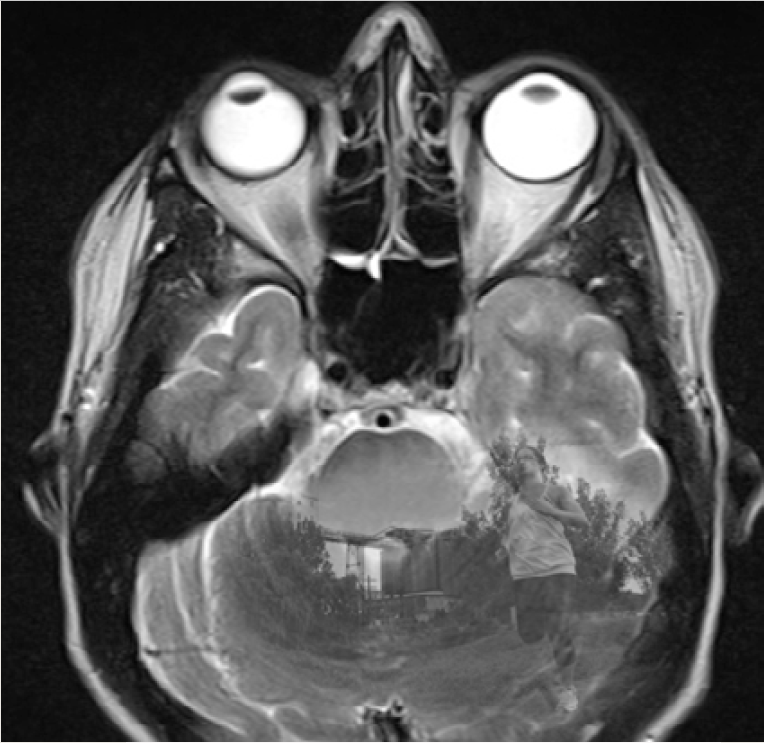 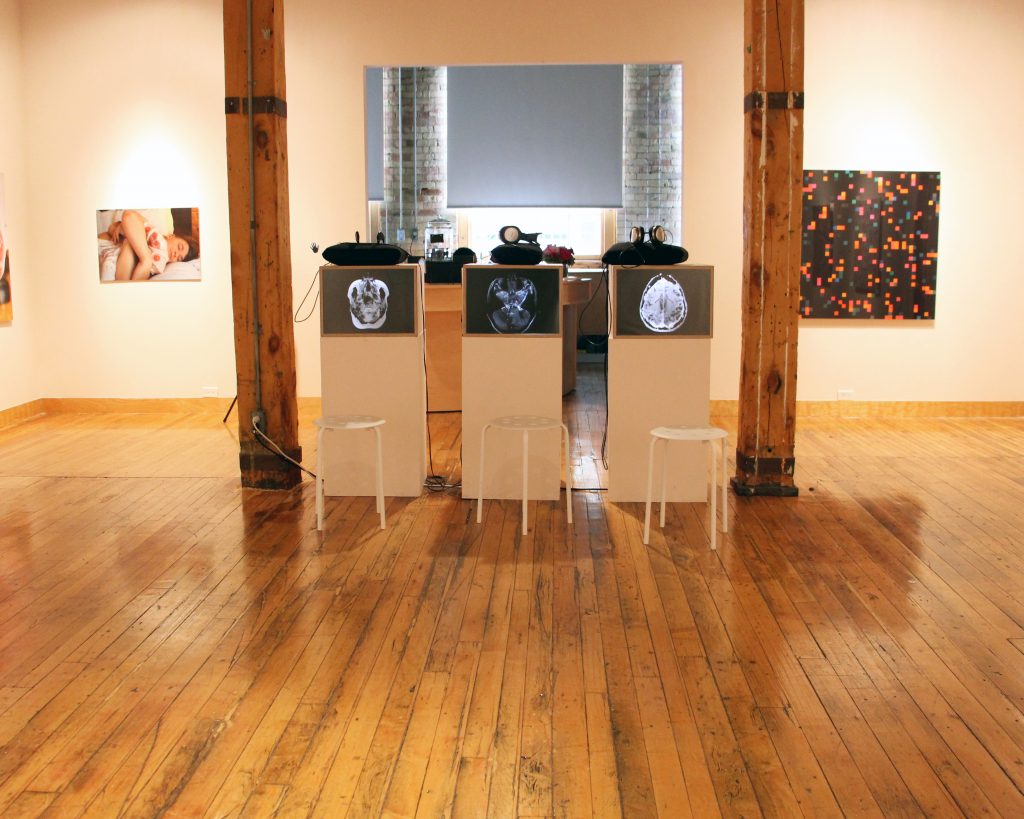 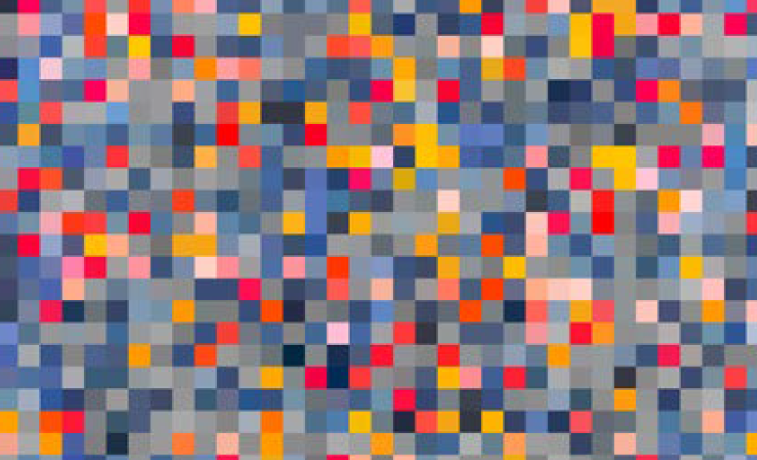 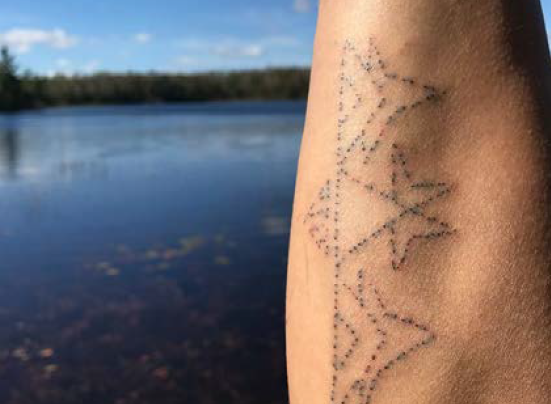 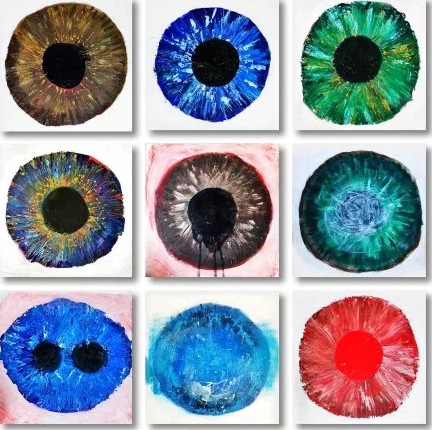 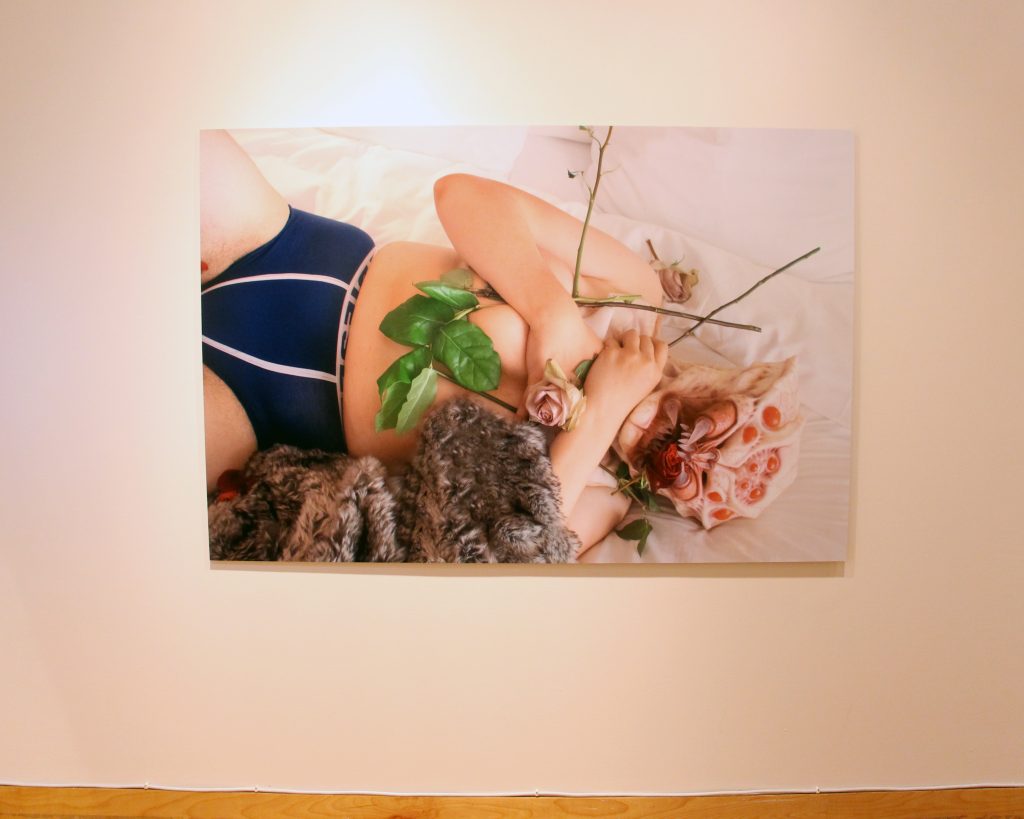 lady of the flowers 1 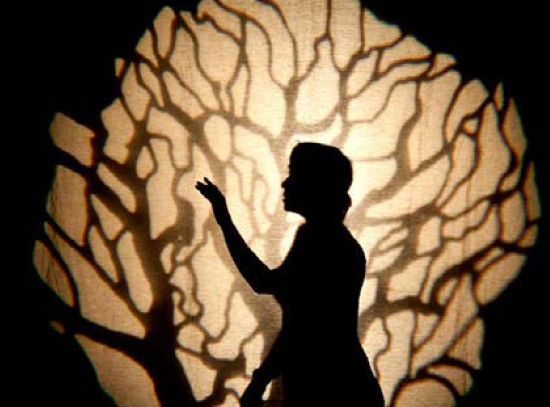 Learn more about the artists and exhibits through coverage from:

Aislinn Thomas is an interdisciplinary artist whose practice includes video, performance, installation, and text-based work. Culling material from everyday experiences and relationships, she explores themes of vulnerability, empathy, possibility, and failure. Her work has been exhibited nationally and internationally. She is also the recipient of several grants and awards, including a C.D. Howe Scholarship for Arts and Design, a Social Sciences and Humanities Research Council of Canada Masters Scholarship, in addition to grants from the Ontario Arts Council and the Canada Council for the Arts. Thomas currently lives in Kitchener, Ontario, Canada

Salima Punjani is a social artist based in Montreal, Quebec. She is interested in using multimedia storytelling to explore intersections between science and art. Her recent projects include Konbit Anba Soley, an interactive documentary exploring a social movement in Cité Soleil, Haiti as well as Moms of Montreal, a photographic storytelling project that provides an intimate glimpse into the lives, recipes and stories of different families in Montreal. A key element in Salima’s recent work is ensuring people actively participate as both subjects and viewers. Her work has been exhibited in Quebec City, Montreal, Vancouver, Ethiopia and Japan.

Maanii Oakes is a working, nineteen year old, Swampy Cree Anishnabek and Kanienkehaka cultural tattoo practitioner and visual artist. Her work includes the mediums of skin stitch, handpoke, pencil crayon, and most recently, raw hide sculpture. Influenced by her home of Eeyou Istchee, her work recalls the urgency pressed by her late grandfather to enact Cree ways of governance and being. Her ozhaasawin (certified by Earthline Tattoo) is done ceremonially, recognizing the responsibility of embodying the resurgence of nation-specific practices. It has also been performed at Come Up to My Room, accompanying her collaborative red willow and cotton gauze installation mshkiki. She tattoos both traditional and contemporary designs, drawing on her own archival research and the strong material culture of her ancestors, including bulrush weaving patterns and the painted caribou blankets of James Bay. In contrast, her figurative pieces address recent history and present day colonialism by not focussing on a loss of what she never had, but by engaging the reality of living culture that seeps through layers of assimilation. Her newest drawings reference Latin American exvotos and use Cree syllabics in scenes of the global and native north, to draw parallels of cultural impact and adaptation that Catholicism has produced in rural communities. She has exhibited around Toronto at The Theatre Centre, Black Cat Gallery, Artscape Youngplace, the Gladstone Hotel, and has appeared on the cover of The Peak magazine and in Canadian Art. Her practice also includes a variety of public speaking engagements and community arts mentorship, which center on environmental justice and indigenous stewardship, demonstrating her commitment to community and cultural exchange.

Laura Burke is a mad-identified writer/actor/performance poet, and is based in Halifax, NS. She debuted her first play “Voices” in San Francisco in 2011. Since then, she has written “Heartwood”, a confessional one woman show about her journey as a psychiatric survivor and her path toward giving back to others who suffer in similar ways. “Heartwood” has toured across Canada, including at the May Works Festival and as part of Neptune Theatre’s open spaces program with Doppler Effect Theatre. An excerpt from her play “Iris” has been presented at the Soloicious Festival and at The Women in Theatre Festival in Halifax. She is currently working on a new draft of a play set in Bethlem Asylum in the early 19th century, and is collaborating with Tangled Arts and Disability as part of their Flourishing Series for the fall of 2018. Laura was a 2017 member of the Eastern Front Theatre Playwright’s Unit, and is a new member of the Bus Stop Theatre Playwright’s Unit. Laura likes to make work about vulnerable, often misunderstood characters, who fight through their marginalization to reclaim otherness as their birthright. When she is not writing or working on stage, she works a psychotherapist. She also likes to spend time in the north end of Halifax with her 12 urban chickens.

Max (Sarah) Ferguson has been a practicing artist since 1996 and received their BFA from the University of Regina in 2001. They graduated with an MFA in Interdisciplinary Studies (Visual Art and Women’s and Gender Studies) from the University of Regina in 2017. Currently, they are pursuing their PhD in Women’s and Gender Studies at York University. Their artistic explorations revolve around socio-political issues, including feminism, gender, queer issues, the body, surrealism, and psychoanalysis. Max has worked with a variety of media, ranging from computer-based works and readymades, to paintstick, graphite, and digital collage. Currently, their work revolves around hybridized notions of photography, sculpture, installation, music, and performance involving the psyche, the body, activism, and queer theory. They are also a published poet and writer, hold a degree in journalism, and have worked as a political, legal, military, and arts writer in four different provinces over the past decade.

Born in Ghana, Peter Owusu-Ansah is self-taught visual artist. At the age of twenty-six, he had a flashback memory of his childhood: he had always been creatively drawing and making crafts with cans. He also remembered how he had always been seeing the world and did not really understand it from spoken words. He began to be around creative again. His goal is to express the excitement emotion coming out of seeing the image itself. He experimented with paintings, street photography, and pop art. He had some experience showing his photograph in and out of Toronto. He was thankful to the experience, but wasn’t satisfy. He wanted something to do big because when he look at the deaf community, they have not been include in something big that world know about. He believes that it is important for the world to know something about deaf people because they exist. They are not to watch, they must create too and be reflected. He reads about what going on in the art world and observes lot of arts everyday to get sense where the art world is. He has been searching for ideas that he felt would be worth his time and energy to create for a long time. In 2009, when he zoomed in one of his pop artwork he was amazed by some colourful Pixels. He began to use photoshop to create interactive colours as an experiment. Today, Peter make the greatest colour work ever. He lives in Toronto, Canada.

in 2010, Richard Harlow, an apprentice painter attending Emily Carr University, was diagnosed with Lebers Hereditary Optic Neuropathy, a rare optic nerve disease that affects 1/250,000 people with no cure. Harlow stopped creating art for years. Newly aware of the isolation, poverty, discrimination, and ableism of disability, he dedicated his life to helping others with disabilities. Harlow hosted a TV show called App TV on AMI and became a dedicated CNIB board member.He dabbled in stand-up comedy, modelling, and acting before gathering the courage to create art again. In 2017, he reinvented his art style and enrolled in senior art classes at Vancouver Island University. With his “Accessible Art” he aims to eliminate the barriers in the art world. Commonly hanging paintings at an accessible height, Harlow encourages people to touch his works. Presenting in public art galleries makes his art financially accessible to those living in poverty. His work aims to convey that no person has limits to what they can accomplish and that having a disability is not the end, it’s only the beginning of a new chapter.

Disability gave me power to hold multiple (often contradicting) truths and realities, improving my communication with those around me. I’ve learned to see the grey area in how we experience a given moment or place, accepting that which is unknown to me instead of challenging it.

#flourishing18
My experience of madness and disability makes me unafraid of intensity and taboo in my work as an artist. My existence is in opposition to the status quo, and thus, so is my art.